This article analyses how three types of artistic memorialization of monumental socialist public works transform these into examples of socialist modernism in Eastern Europe. First, it tackles the issue of rendering socialist architecture visible through the Socialist Modernism online platform. Second, it focuses on the collection of documentary proofs by six documentary photography projects in Eastern Europe. Finally, it looks at how four contemporary artists in Bulgaria, Romania, Lithuania, and the Czech Republic are resignifying socialist art in their artistic practices. Analysed from a perspective of transnational cultural memory practices, these three artistic endeavours contribute to a shared approach to the monumental socialist public works in the region. I argue that some of these strategies lead to a unified, depoliticized, decommunized memorialization of the socialist art of Eastern Europe.

Artistic memorialization of the Roma Holocaust in Romania: render visible the historical trauma and document the suffering

Although the Roma Holocaust in Romania has been documented, and there is an official policy to recall this historical fact, its memory is marginal in contemporary Romanian society. This article analyzes four recent examples of art of memorialization of the Roma Holocaust in Romania and argues these artistic forms of memory play an important role in the building of a more comprehensive public memory of the Porrajmos. The analysis uses an interdisciplinary approach, which combines theoretical resources that belong to the study of cultural memory with a focus on artistic memory, and the analysis of the relationship between art, politics, and memory. The examples of artistic memorialization have two aims: to render visible the historical trauma through the use of testimonies of survivors, and to provide further documentary sources of this historical trauma.

Creating for the state an introduction

This introductory article presents the study of the state artist in the context of the communist regimes in Eastern Europe and the USSR through several case studies. This introduction places the analyses gathered here of the relationship between artists and the state in different phases of the communist regimes, and in different artistic expressions, as well as in several countries. While the focus is on Romanian cases of study, the articles bring forward possible comparisons with neighboring communist regimes. Some of the articles included in this special issue deal with visual arts, literature, photography, amateur rural comedy brigades, and specific cases of artists (Ion Irimescu and Ion Grigorescu), while other articles discuss the specific institutional contradictions of the Soviet cultural framework. This issue advances thus a little bit further in the comparative institutional archive-based study of cultural institutions during communism. 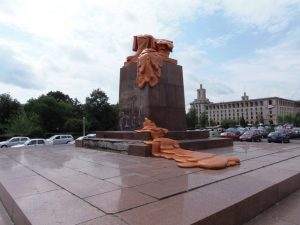 e analyses ‘Project 1990’ (2010–2014) as an example of ‘art of memorialisation’. The project included twenty temporary artistic interventions on the empty pedestal of the former statue of Lenin in Bucharest. The author compares this example of art of memorialisation to other memory strategies found in the Romanian public space after 1990. Building on James Young’s concept of anti-monument, ‘Project 1990’ questioned the ways in which communism is remembered in Romania, and how the transition to democracy, in the opinion of many of the exhibiting artists, failed. This curatorial project is a good example of the aestheticisation of memory—that is the anti-nostalgic and ironic treatment of symbols of the past, among which Lenin himself.

Little attention has been given in political science analyses of communist-era Romania to the relationships between visual artists and the secret police. In this article, I attempt to address this lacuna in our understanding of the interactions between the state and artists by presenting two forms of collaboration of visual artists during the last two decades of Romanian communism: the artists’ involvement in the ideological project of the communist party and their “collaboration” with the secret police. In addition, I also examine the ways in which artists have contributed a posteriori to our understandings of the communist experience with their artworks. 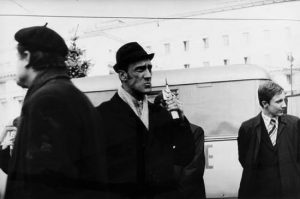 I offer detailed examinations of the cases of three visual artists. The approach I have adopted includes analyses of interviews with two artists who represent two opposing cases and examinations of the fi les that were kept on them by state surveillance organs, so as to provide a new, multifaceted perspective on the relationships between artists and the communist regime. I contend that the study of artistic artifacts can supplement traditional sources for political science analyses of the communist past and provide a more nuanced perspective on the period. The article shows that imposing artistic dogmas is not simply a top-down process, but one resulting from complex interactions between different institutional and individual actors.

An argument is made in this article for the need to take into account in political science analyses of the Chilean contemporary art of memory that critically invokes matters, and issues connected to the dictatorship of Augusto Pinochet (1973-1989), and which have not been solved in democracy. 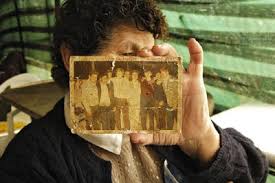 Chilean art of memory– composed of those artistic expressions stemming from different artistic disciplines that problematize issues connected to the dictatorial past – questions democratic consolidation by these topics still present, advancing a new perspective on this same reality, a different outlook, otherwise absent from the official renderings that privilege consensus and democratic consolidation. In this sense, this article discusses the specific case of the disappeared of the dictatorship through the analysis of the artworks of eight Chilean contemporary visual artists, and with a focus on their distinct points of view that tackle three topics, the permanency of absence, the sites of memory, and the torturers. The conclusion of this brief article is that memory art presents perspectives absent from the institutional study preferred by political science’ analyses, and that analyzing these artistic expressions helps form a better understanding of the relation to the traumatic past.

This article discusses Romania’s relationship with the communist past. 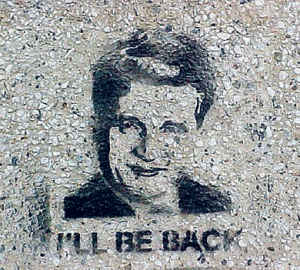 It is structured around three themes: official forgetting and belated condemnation, the pervading discourse of NGOs which focuses on the victims of communism, and the resurgence of nostalgia in opinion polls, seen as an expression of the problems of living in a democracy. In this context, the author examines visible forms of cultural memory, which have appeared in recent years (the 2000s), in particular the role played by the nostalgic gaze. We find thus different types of nostalgia: social, commercial and tourism. We can then question the role played by this nostalgic gaze in works by Romanian contemporary artists and filmmakers who produce memory art. As a specific form of cultural memory, memory art seeks to sketch out an image of the past which is more comprehensive. The article describes the different forms nostalgia has taken in Romania in recent years and juxtaposes this with the most important works of art, following three themes: the obsessional portrait of Ceaușescu, personal, even autobiographical memory, and the residues of communism as depicted in Projet 1990. 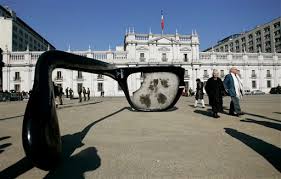 This article presents art of memorializa­tion realized by Chilean artists in the context of the 40 years since the coup d’Etat of 11 of September 1973. Art of memorialization questions the advance of the consolidation of democracy and critiques problems that still exist as that of the disappeared. Artists use symbols to investigate what remains of the dictatorial past and we will discuss the case of the disappeared opposing it to other perspectives on the dictatorship. The anniversary of 40 years of the coup of 1973 has provoked an increased interest in the past and multiple artistic interventions were seen (in the streets, in museums, etc.) This article demonstrates how art contributes to the construction of a more inclusive memory of the Chilean dictatorship. 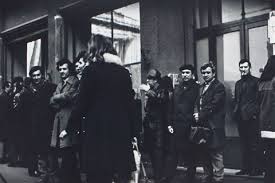 This article presents the relation of East European artists with the Secret Police institutions. While focused on the Romanian case, several examples from Poland, Czechoslovakia and Bulgaria help place the topic in a regional context. The analysis includes both the viewpoint of the Secret Police on the artistic world as such, as well as the gazes of artists on the reality of their time. The conceptualization of artistic surveillance includes three types of examples: the deconstruction of the officially fabricated reality, the focus on the details of the everyday life forbidden by official propaganda, and the reflection of artists on the secret police apparatus. The conclusions of this study show that the investigation of artistic artifacts together with the secret police archives can help bring a new perspective on the limits of domination exerted by the communist regime. 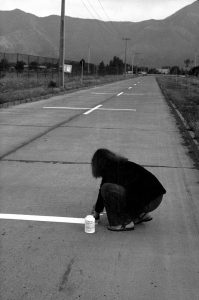 Under a political dictatorship it is primarily from the margins that an artistic critique can be articulated, as suggested by the examples presented in this article from Romania and Chile during the 1970s and 1980s. By focusing on their threefold marginality—of the artist, the art form, and the subject of art—and by applying to them Jacques Rancière’s concept of dissensus, the analysis of artistic variants of marginality sheds light on the relationship of art and politics in totalitarian regimes.

Art and Politics in Postcommunist Romania

Artists are the first ones to react to their environment and to articulate a protest. Recent Romanian contemporary art questions the way communism is remembered or forgotten and the manner in which the postcommunist society was organized. This study uses the approach of politics and the arts to analyze both institutions and artistic discourses in Romania after 1989 in order to show how an artistic space is rebuilt after a dictatorial experience. The conclusions show that artists interrogate the “reconstruction” of democratic institutions and discourses on solid communist bases.

Institutional Models and Artistic Policies in Romania and Chile (1970s-1990s)