Articles in magazines or online journals

“The transnational exclusion of the other and the political body in the works of Franciszek Orlowski“, Art catalogue about Franciszek Orlowski ed. by Magdalena Radomska (Warsaw: Centrum Sztuki Wspolczesnej Zamek Ujazdowski, 2018), 21-27. 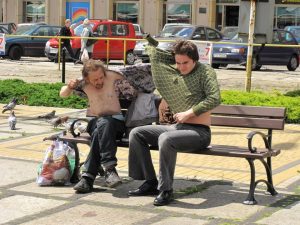 This article discusses the artworks of Franciszek Orlowski (1984, Poznán Poland) from a global perspective, which accentuates their comparative outlook on several political issues. These political frames include the exclusion of the other, which can be seen in the artist’s highlighting of the homeless, of the immigrants, or on topics connected to the politics of memory. The approach we propose in this study is that of art and politics, with a focus on the role of theartist in showing us details of the everyday that could have a political understanding in a Rancèrian perspective. Thus, people, objects and stories come together in Orlowski’s artworks as a way of understanding the world with the gaze of those that are not the main characters of history: the marginal, the underprivileged, and the forgotten.

In Romania, the end of the communist regime has also implied giving-up the artistic model enforced by the state. On the one hand, artists recovered their freedom of creation without being ideologically predetermined; on the other hand, they lost the support institutions like the Fine Artists’ Union used to offer, yet felt affected by a new type of censorship, that of the free market. This article aims to explain the evolution of the post-communist visual art through the works of some creators belonging to different generations: Ion Grigorescu, Dan Perjovschi, Ciprian Mureșan, Adrian Ghenie, Șerban Savu, Ștefan Constantinescu, Mona Vătămanu & Florin Tudor, Dan Acostioaiei and Matei Bejenaru. In the domain of art, post-communism articulated both in relation to the communist past – see, for example, the work Communism Never Happened (2006) by Ciprian Mureșan –, and in relation to the new condition, illustrated by Ștefan Savu’s realist pictures, which catch snapshots from a free, but disenchanted world.

Different kinds of artistic representations of the recent past as perceived by contemporary visual artists in both Romania and Hungary are the subject of this paper. We discuss the type of gaze onto the recent past artists have chosen to focus on, then analyze the resurgence of interest in nostalgic perspectives and the transformation of the portrait of the Romanian dictator, Nicolae Ceausescu; a newfound interest for the portrait of Ceausescu was seen in the mid-2000s close to Romania’s accession to the European Union in 2007. Finally, we recall how artists reflect on the adoption of capitalism, as well as the new challenges such as outmigration to Western Europe and becoming the gateway of immigration to the European Union. 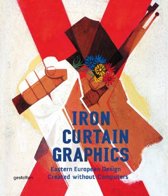 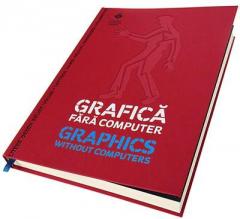