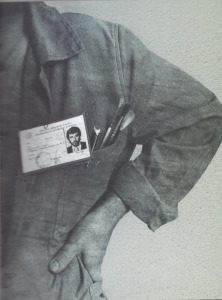 A short description of the activities of the project and of the activities (archival research, international conference, participation to conferences) and publications (a volume of archival documents, a volume of the and a monograph of the UAP during the period 1950-2010), as well as a databases with the monuments realized in Bucharest by the UAP and an index with the members of the Union) which we developed can be found on the website of the project> Artistul de stat.

The period of analysis included the communist regime, as well as the first 20 years of the democratic regime (1950-2010), so as to be able to capture in detail the transformation it suffered as a consequence. The project advanced an analysis at several levels of this organization: an institutional sociologic approach, an analysis in terms of members and leading teams (elites), a research of the legal statutes that UAP went through and the definition of the artist, the relation with the communist and democratic state through a case study – that of producer of public monuments in Bucharest. The analysis of the relation with the Romanian state included several types of interactions between the state and the artists through the investigation of archive documents unexploited until now (UAP, CNSAS, ANR, etc.), of interviews with those that directed the UAP and through the use of the methods specific to the analysis of the interdisciplinary field of art and politics.