in fact he never left* 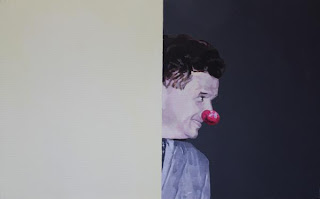 This is one of the paintings by Dragos Burlacu who used the newly available photographic archive of communism to paint new, less familiar images of Ceausescu including stills of the dictator having fun, with his family, almost in intimacy. The laughing, clownish Ceausescu makes me think of the portrait of the ridicule that was transposed onto his image after 1990 when he became only the illiterate shoemaker (or alternatively the tyrant) that ruled us for so many years. The intention of the painter seems to me close to that of Ujica and Grigorescu which I was mentioning in my previous post: humanize the dictator or at least provide a more complete image of his persona. Ceausescu the clown in the gray on gray atmosphere alludes to his other history; not to be forgotten, still to be explored.

PS: the disinterment of the Ceausescu couple (July 21, 2010) has made them all so present again in the media, so I guess the title I chose was not so wrongly coined!

* allusion to the stencil showing Ceausescu and the tag: I’ll be back (see below) 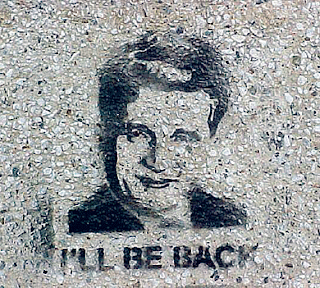 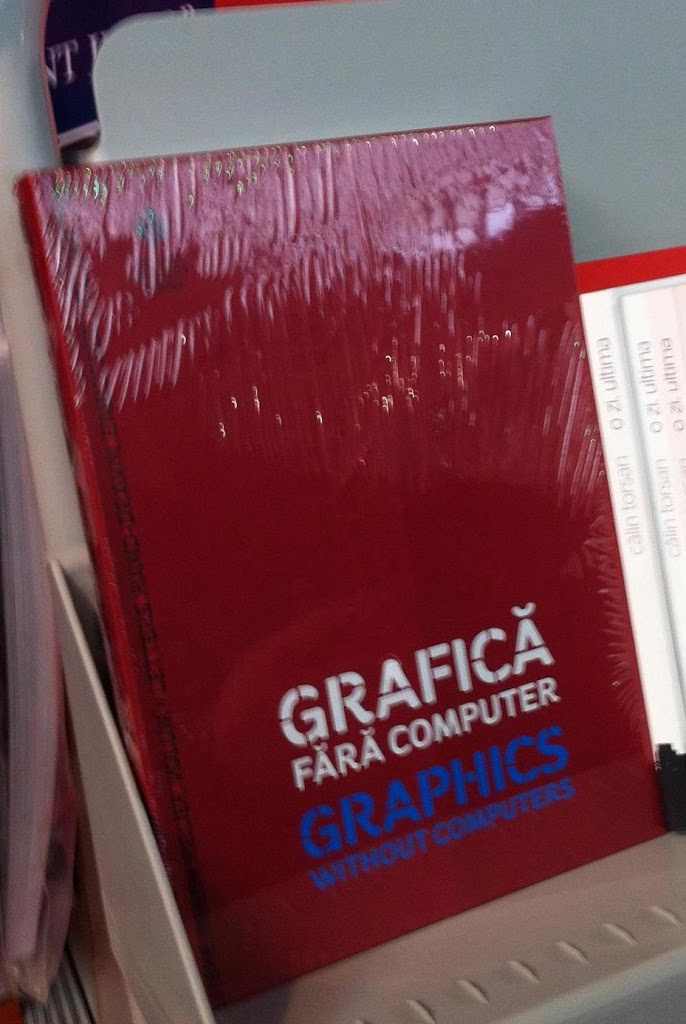 Art of memorialization in Romania